The Razor Effect – A IT Infrastructure Analogy 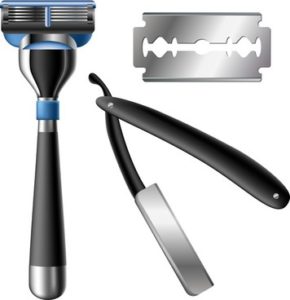 The Razor Effect – An IT Infrastructure Analogy

IT Infrastructure Management software is increasingly commoditised. By this, I mean that the business value of such software is well understood by those buying it and those selling it. Inevitably it means it’s a successful solution category. It also means “……there’s a lot of it about” (with all respect to Pink Floyd). 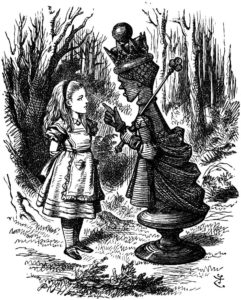 I’m not going to go into the details of things like the “Red Queen Game” as there are lot’s of people better qualified than I to explain it.
What I will do, for those of us without a PhD or MBA, is try and give an analogy to explain why now is a good time to be rethinking our approach to Infrastructure Management. And the analogy is based on shaving.

Let me explain, the first razors appeared back in the bronze age. They were little more than round scrapers. They served a single purpose, to remove hair. Think of this being like our first IT management tool – ‘ping’ for want of a better word.

Around 3 millennia later in 1740 Benjamin Huntsman, a noble Yorkshireman, produced the next generation of razor – the straight razor. 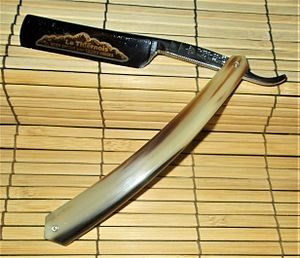 This was much sharper and used hard steel. There was also a handle in which the blade could be stored. When sold with a leather strop, men had a complete shaving solution – kind of. You had a sharp blade which could be resharpened when it lost its edge. You also had a solution that could hurt you. 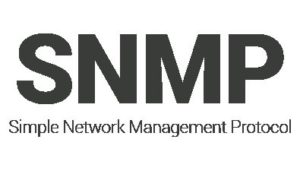 We can compare this to SNMP, with the SNMP protocol being the hardened steel blade and the commands snmpget, snmpset, snmpwalk etc etc being the handle. In order to keep snmp ‘sharp’ and in line with changing hardware capabilities we employed various SNMP MIBs. This is our leather strap.

Now let’s move forward to around 1900 and King C. Gillette. Mr Gillette patented a new type of razor – the safety razor. He realised that a profit

could be made by selling an inexpensive razor with disposable blades. Let’s call this the ‘framework razor’. As a brief aside, this was an early example of the loss leader concept where the razors themselves were sold at or below cost but the replacement blades were sold with a high margin and gave continuous sales (a little like printers and ink).

Initially, challenges from the competition was managed by designing blades that would fit only one style of razor. Eventually, the blade shape was standardised. So we got interoperability.

We can equate this to the creation of the various IT Infrastructure Management frameworks from vendors such as IBM (Tivoli), Hewlett-Packard (Openview), BMC (Patrol) in the 1980s. These frameworks delivered products under a common, albeit vendor specific, architectural framework allowing interoperability between them. We were grateful for graphical interfaces. Various modules and plug-ins could be added at additional cost. Each module was generally licensed separately and each year an annual fee was payable to ensure access to upgrades and support. So the framework is the razor with its foundation of a handle, a locking mechanism for the blades and a way to add, remove and upgrade the blades. We also saw the framework vendors provide open API’s to their solutions allowing other vendors and developers to write and integrate with these frameworks.

That first razor, our “ping razor” – had a single function, to scrape hair off. Actually, it was probably mandatory to have a lot of long hair that you didn’t need fully removing for these early razors to be useful. The straight razor with its resharpening feature (and later changeable blades) still scraped hair but they removed more hair, faster. There was still the opportunity for painful mistakes in use, but provided we were careful it was good. The same was true for the variety of basic tools we could use for IT Infrastructure Management.

When we reached the “framework” razor with its built-in safety features, interoperable blades and continuous investment in (expensive) blades we really reached a plateau in real innovation. For a while at least.

When you are a leader in a market, there are always those who seek to depose you. In razors, one challenge came from BIC who thought, “let’s make a safety razor that you can literally throw away after it goes blunt”. Plastic razors aren’t engineered, they are moulded. The blade sizes are smaller, using less metal.

Consumers could now have the ease and convenience of shaving without worrying about buying blades, just use an entirely new razor and that would be cheaper. In fact, that would be the only benefit – price. At this stage, the game has changed. Having a close, fast, safe shave is a given. It’s expected. The only way to win for a while was on price.

This where we see the upstarts of IT Infrastructure Management really impacting the market. The likes of Nagios, Solarwinds, SCOM and others at prices that varied from free to just a few thousand dollars. They do the core job of the big vendors at a lower price. Of course, they achieve it in various ways – some more complex than others. Continuing the shaving analogy, you can shave yourself with many of these tools but others you’d really prefer to get an expert in to do it for you.

The big software vendors had to respond by adding new features in order to justify the price. Gillette did the same by adding another blade and started a new, albeit smaller, innovation cycle. A second blade did indeed remove more hair, faster. In the ITIM software world, we saw flexible reporting and an increase in the number of things we could manage and monitor.

Now to the crux of matters. Increasing the number of blades in your razor beyond two probably doesn’t give you much real benefit. You won’t notice much difference between a 2-blade razor than a 5-blade razor (with the possible exception that you can’t get at all the hairs on your top lip with a 5-blade razor). What has happened is that the marketing team have taken over responsibility for innovation.

In order to justify prices, features are added in order that marketing can attach a tag-line to them. These features are increasingly complex to configure and administer. They involve significant overheads and cost.

To finish, I’d ask you to think about one thing;

How many of the “innovative” features that you are paying for in your large IT management software installation are you REALLY using? How many are you getting real, measurable benefit from? How much are you paying for these features?

There are undoubtedly some massive organisations who absolutely, definitely gain real business benefits from having more blades in their razor. But for the majority of businesses, I’m not sure.

So, how many blades do you really need in your razor ?

All images taken from the public domain